Last Friday, Apple banned AppGratis - which lets users discover applications for free - for not respecting its guidelines. AppGratis says it has 12 million users worldwide and generated 2012 revenue of 9 million euros.

"This behaviour is not worthy of a company of this size," Pellerin said.

She added that certain Internet companies were guilty of "repeated abusive behaviour" and said she would ask the European Commission and EU member states to better regulate digital platforms, search engines and social media.

In an email to Reuters, Apple said it had had a discussion with AppGratis before removing it from its platform and that the company had disregarded its technical specifications.

In February, Google agreed to pay 60 million euros ($82 million) into a special fund to help French media develop their presence on the Internet as an alternative to paying French media for posting links to their content.

French publishers had been pushing for Google to pay them licensing fees for listing headlines and snippets of articles in its search engine results.

French President Francois Hollande had threatened to draft legislation to force Google to pay French media for posting links to their content if no deal was signed, and during the talks Google was hit with a tax audit over its practice of charging French advertisers via its European headquarters in Ireland.

Pictures of the day 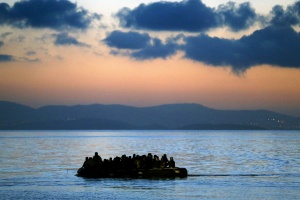 Our top photos from the last 24 hours.  Slideshow